Congratulations to long time Stars Elite players Cross Hanas and Chase Yoder on being selected in the 2020 NHL Entry Draft.

Hanas who played his entire youth career in the Stars Elite organization before moving on to play for the WHL's Portland Winterhawks was chosen by the Detroit Red Wings in the 2nd round. Cross' father Trevor has been part of the Stars Elite coaching staff since our inception and his brother Cru currently pays on our 15O team. Cross will be playing the 2020-21 season once again in Portland before starting his professional career.

Yoder who played 5 years in the Stars Elite organization before moving on to the United States National Team Development Program was chosen by the Pittsburgh Penguins in the 6th round. Chase's brother Jordan is also a Stars Elite alum. Chase will play at Providence College before starting his professional career.

"Our entire organization and coaching staff could not be more proud of Cross and Chase. Both players and their families were fully bought in to the process throughout the years and is great to see them rewarded for all of their hard work and dedication. They are a great example for all of the young players coming up here in Dallas on what is possible if you put the work in. We look forward to following their careers",  stated Eric Silverman Stars Elite Director of Hockey Operations. 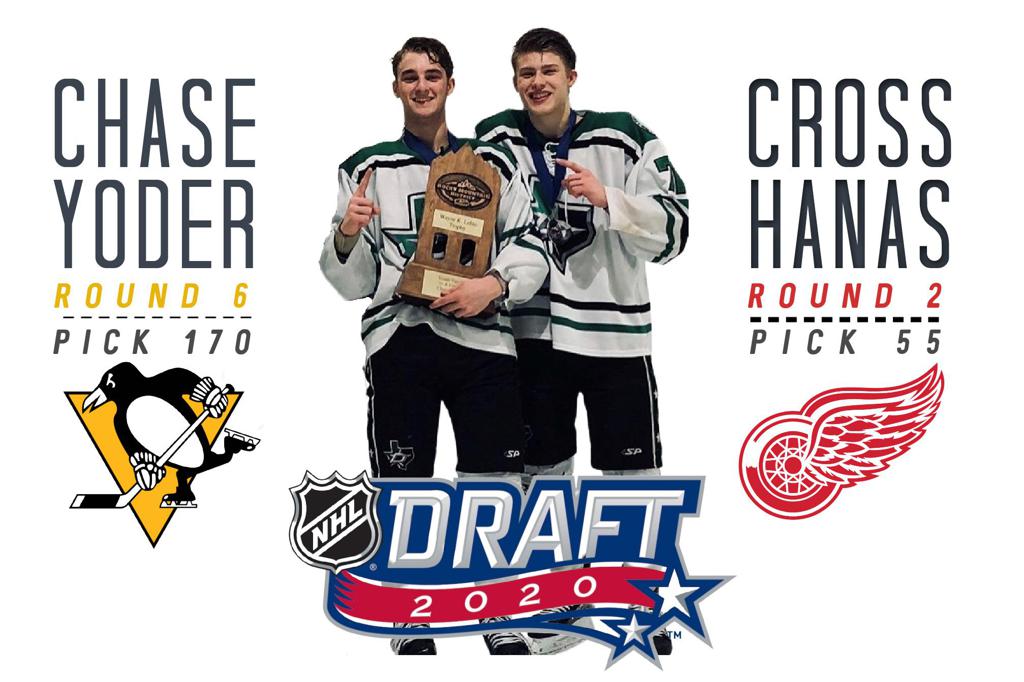