Congratulations to Dallas Stars Elite alum Brent Johnson on being drafted by the Washington Capitals.  Current Sioux Falls Stampede defenseman, Brent Johnson hails from Frisco, Texas and the 18-year old made quite the name for himself in his draft year.  Johnson amassed 11 goals and 21 assists for 32 points in 47 games this season.  Johnson won USHL Defenseman of the Week in the beginning of January and in March, Johnson announced that he’s committed to the University of North Dakota for the 2021-22 season, becoming the first player from Texas to suit up for the Fighting Hawks.

Brent spent 8 seasons in the Stars Elite organization.  Congratulations to Brent and the Johnson family!! 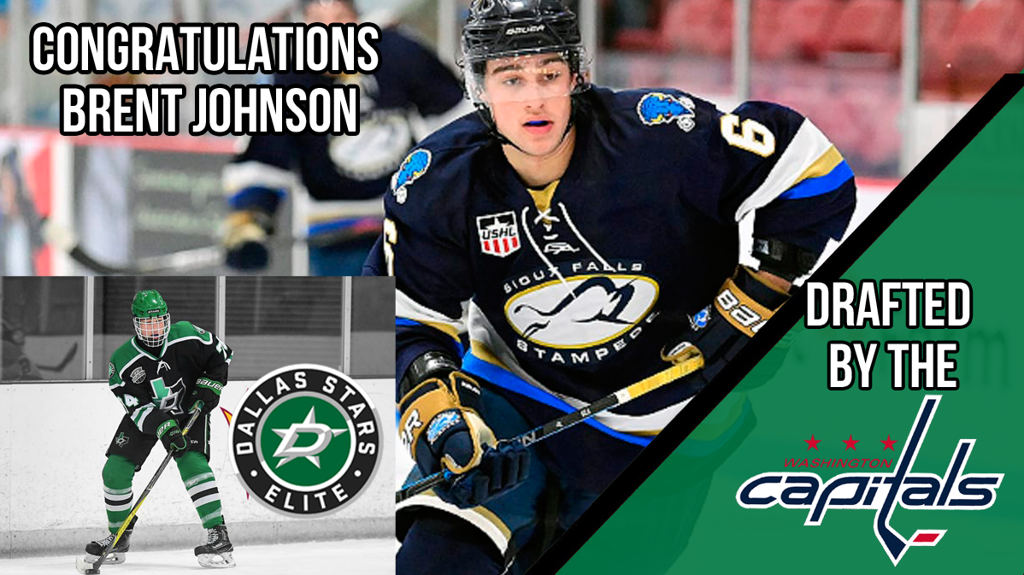