MLK weekend the U14 Tier 2 Girls traveled to San Jose for their annual girls tournament and had an impressive showing going 4 and 1 over the course of the weekend.  The team rose to the occasion and were dominant in puck possession and excelled at team play, being the only undefeated team during the round robin games.  The girls defeated the LA Lions 1 to 0, the Lady Blue Devils 3 to 1, and had a hard fought win over the Arizona lady coyotes 4 to 3.  In the semifinal game the Elite Girls came out shooting right away and defeated the San Jose Lady sharks - 8 to 0.   The championship game was a rematch against the Arizona Lady Coyotes. This was an incredibly tough game with the Stars outshooting the coyotes 22 to 7.  Arizona scored the lone goal and would win 1 to 0.  The U14 Tier 2 Girls had an amazing weekend, just missing bringing home the championship.  The girls finished 2nd and brought home the silver medal.   The team is now working hard and preparing for the Can-Am Challenge Cup in Madison, WI in February. 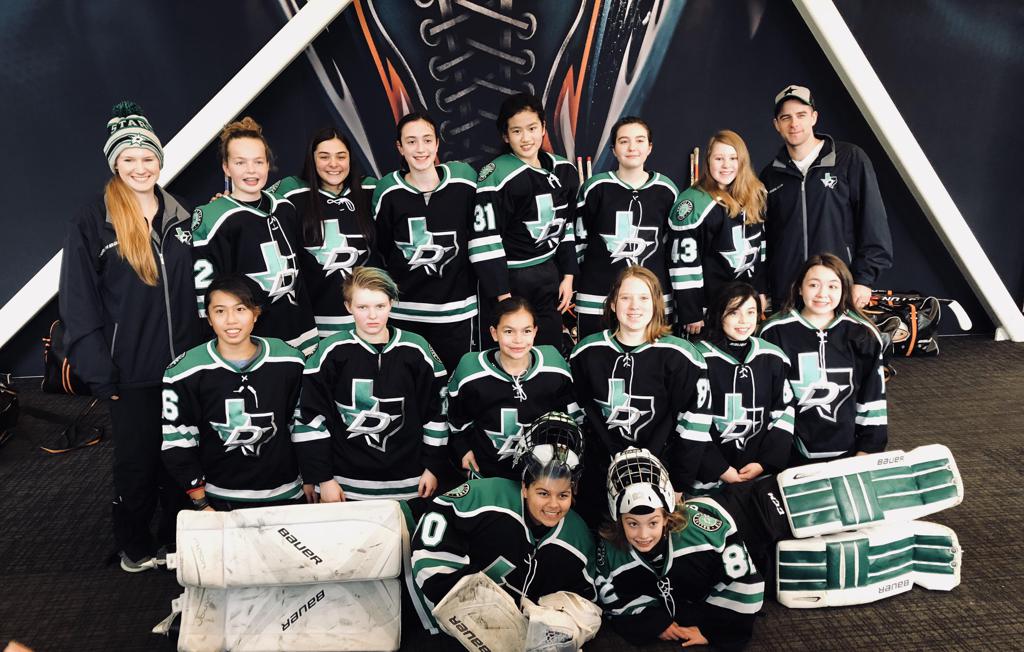