Best of Luck to All the Hockey Players Trying Out This Weekend!

The Dallas Stars Elite would like to wish the best of luck to all the players trying out this weekend.

The 2006, 2007, and 2009 team rosters will be posted within 30 minutes of completion of their respective tryout and can be found using the links below.

The 2004, 2005, and 2008 coaches will be holding meetings with each of the players upon completion of their respective tryouts.

The Stars Elite Girls team rosters will be communicated independently via conventional posting or other. 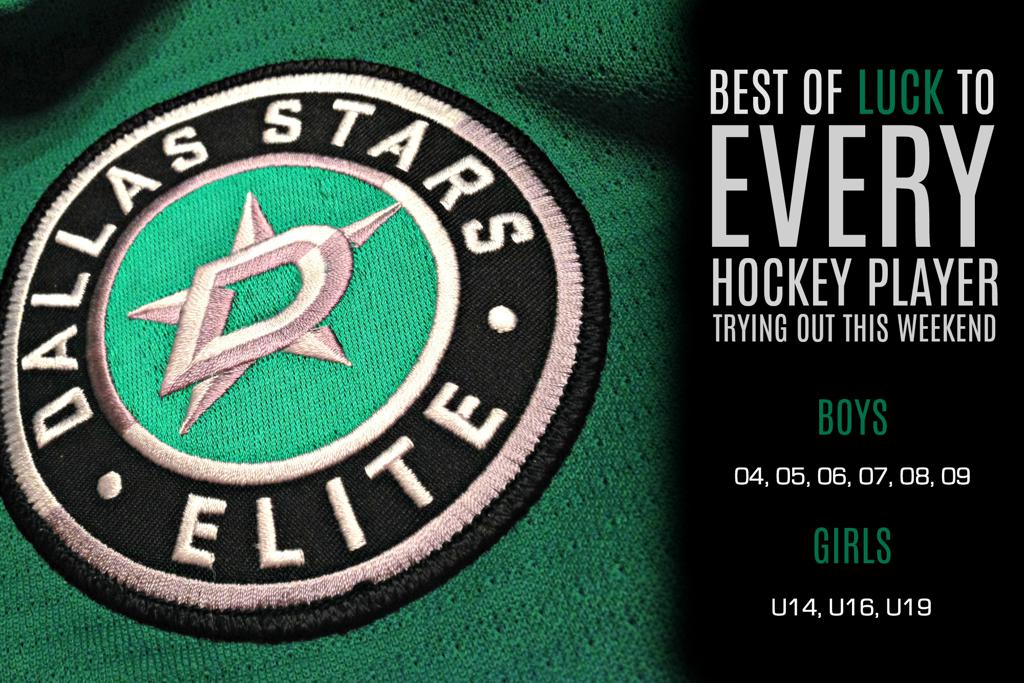